What She Wore During New York Fashion Week – Day Six 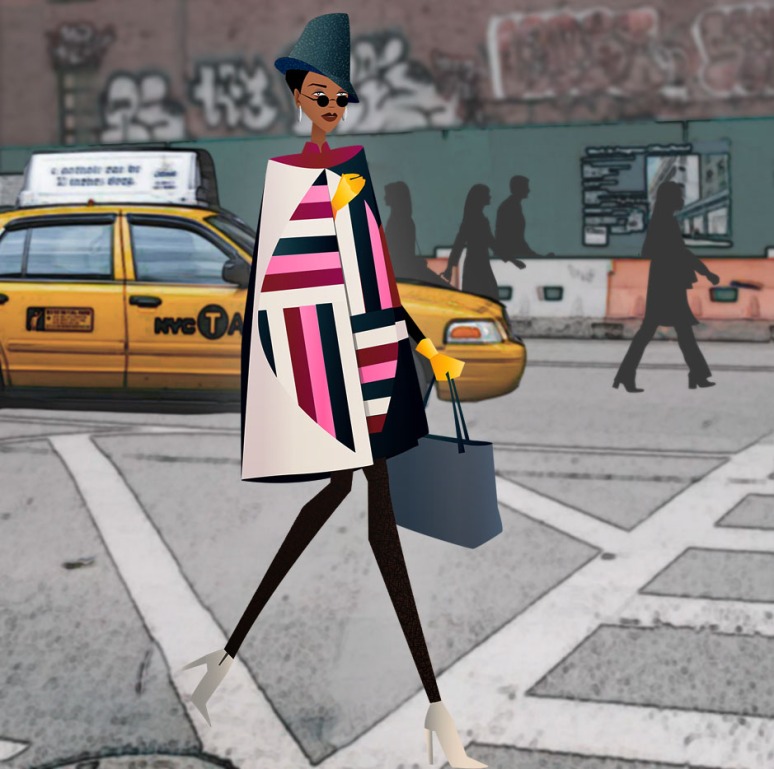 The OLSEN twins in Tribeca at 9am challenged me Monday morning. But it was worth it. Jackets and coats, nipped in at the waist were like butta, baby. So far, the finest craftsmanship I’ve seen on the runway this season. I shit you not. And the coffee? Super-delish as always. At the CAROLINE HERRERA show, she sat front row again, dressed in a lovely suit, representing what her line used to be. On the catwalk? The look was looser, less constructed, but still Herrera. LELA ROSE’s doggy presentation was cute, tying in with the big dog show going on down at the Garden. But let’s focus on the fashion, shall we? Pretty dresses and suits, it’s ladies-who-don’t-mind-being-ladies wear. Now. I’m not big on the new “presentation” style of fashion show. But ALICE + OLIVIA’s Stacey Bendet really outdid herself! The scenes she created were fantastic and the fashions bold and sexy. Gotta give it to her. PROENZA SCHOULER at the new Hudson Yards tower served up big, strong looks for big, strong girls. Smart trenches, leather and moleskin, it was a solid comeback from last seasons’ denim trainwreck. And at ANNA SUI, there were wacky wigs, electric colors and brocade trimmed in ostrich feathers, taking a 60’s cue, but less Goldie Hawn and more Phyllis Diller. Google her. You’ll get it. It was a riot! Someone should’ve called the police. Day Seven…