What’s A Little Blackmail Amongst Friends? 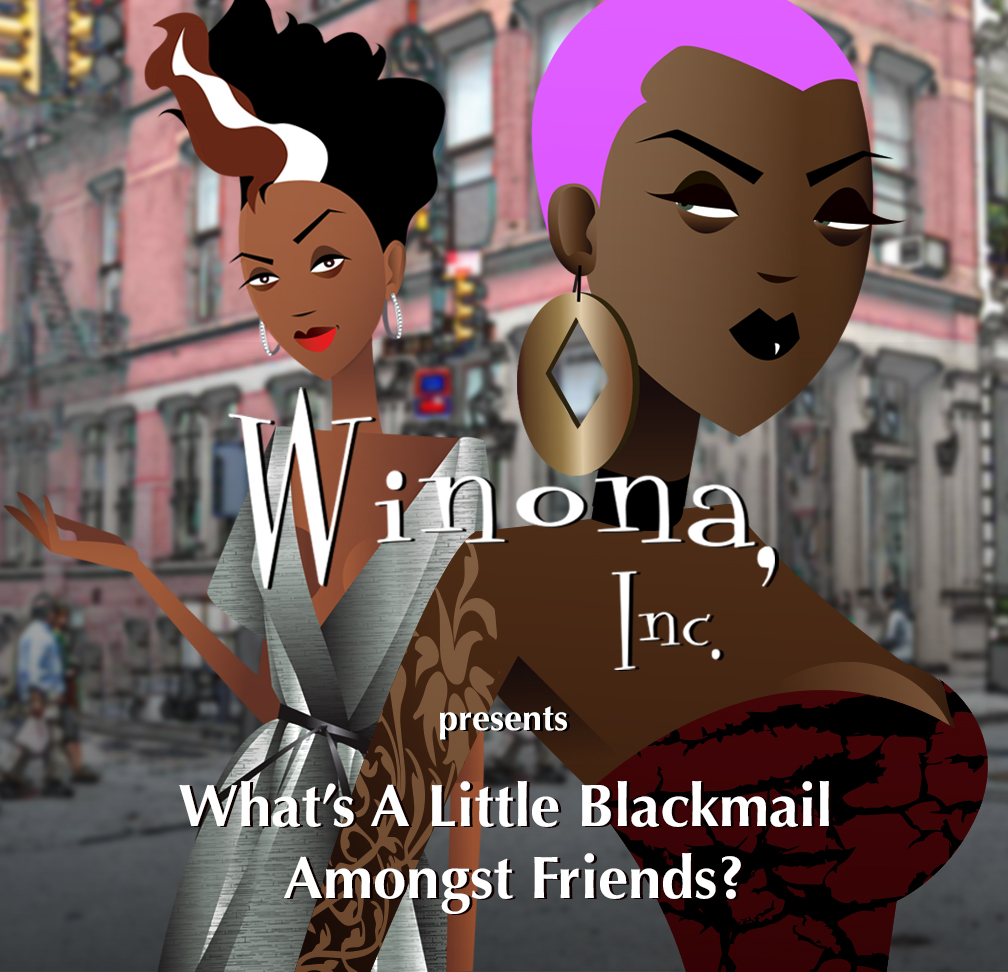 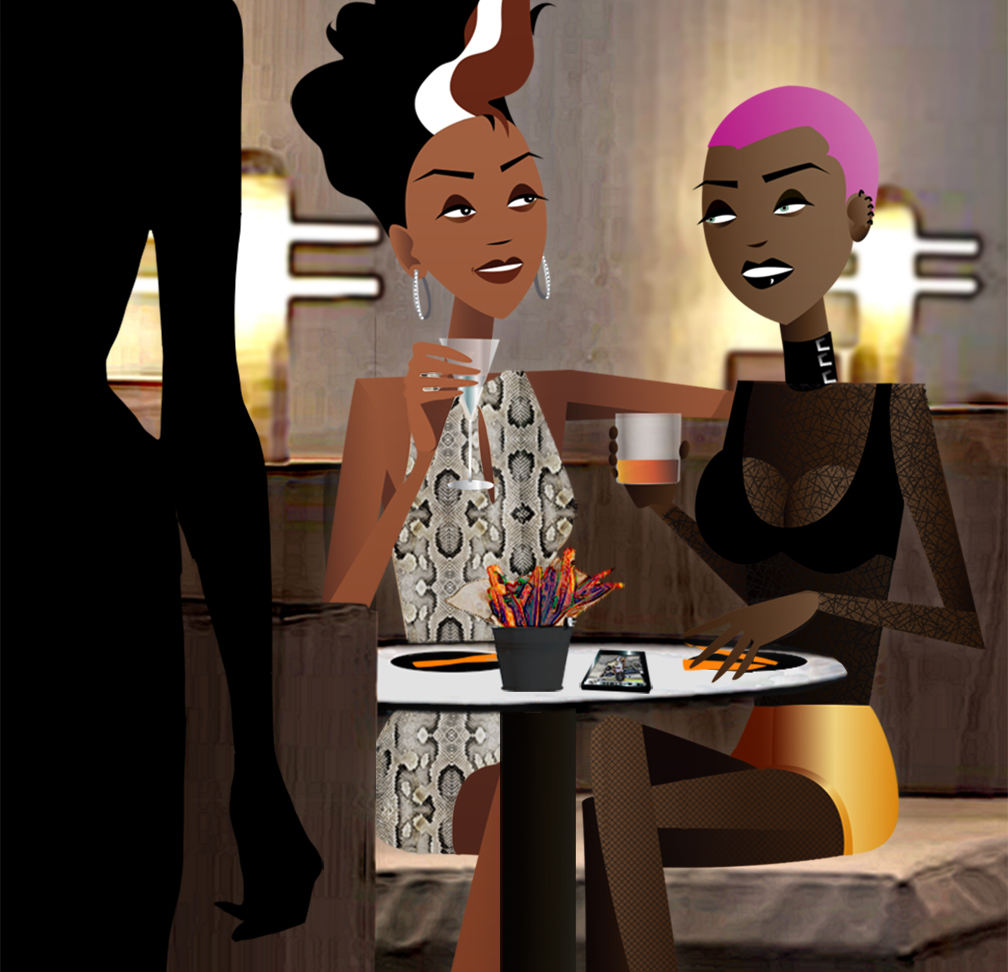 Lourdis is back! It seems like she’s been gone forever! We hook up at Atomix in midtown and she looks like a million and one bucks. Skin like velvet, hair color a hot magenta, the twins are up, out, and looking right at ya. She’s lean and mean as ever. Over cocktails, she shares the down and dirty deets about the tour that her band just wrapped up. They played all of the major spots in the UK and, to surprise me, she went out of her way to take pics of the little club in London where she and I first met. We were both still in our twenties. I’ll never forget it! She was such a bad-ass on stage. Taking no prisoners. But later on, totally wasted, she’s bawling all over my shoulder about some junkie hustler who’s mistreating her. Girlfriend has always been a mess of contradictions. 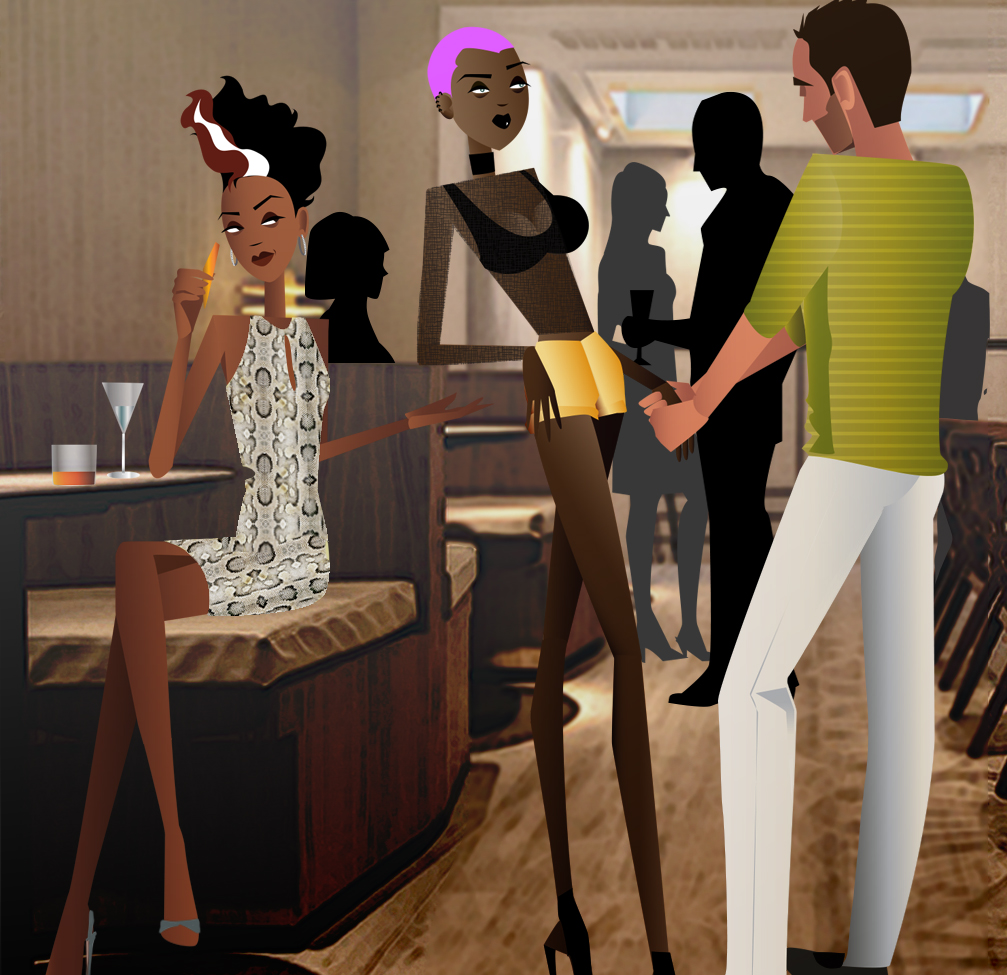 While Lourdis is in the ladies room, Tom Ford strolls through and spotting me, he comes over to the table. His show opens New York Fashion Week on Wednesday evening and several of my girls will be on hand. It’s tradition. I walked for Tom myself back when he was at Gucci. Lourdis returns and reluctantly, I introduce them. For Tom it’s a piss-in-your-pants-moment. He’s a fan of the band and excited to meet her. But Lourdis, in full-blown rockstar mode, leans back and cocks an eyebrow, as if this man is NOT an award-winning designer and an Oscar-nominated film director but some street peasant. Bitch always does this. The bigger the name, the less impressed she pretends to be. 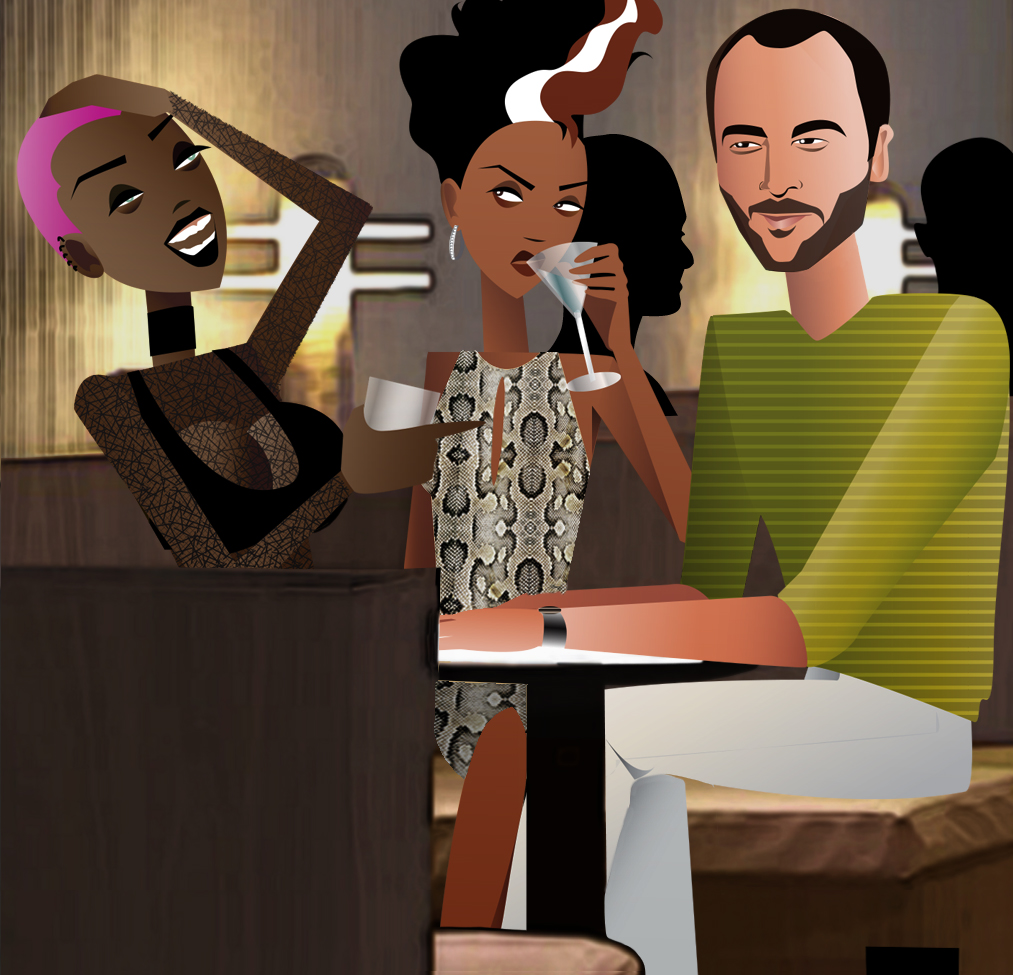 Tom slides into the booth beside me. He can’t stop looking at her. I’m reading his mind. I know what he’s going to say before he even says it. “Lourdis, I would love for you to be in my show. Would you consider it?” Lourdis starts laughing at him like a crazy hyena. She couldn’t be more rude if she tried. “Are you fucking kidding me?” she howls. “I’m no model!” But if I know Tom, he couldn’t care less about that. He’s already selecting her wardrobe. “Come on,” he says. “It’s Fashion Week. It would be so cool to have you in my show.” But Lourdis absolutely refuses. 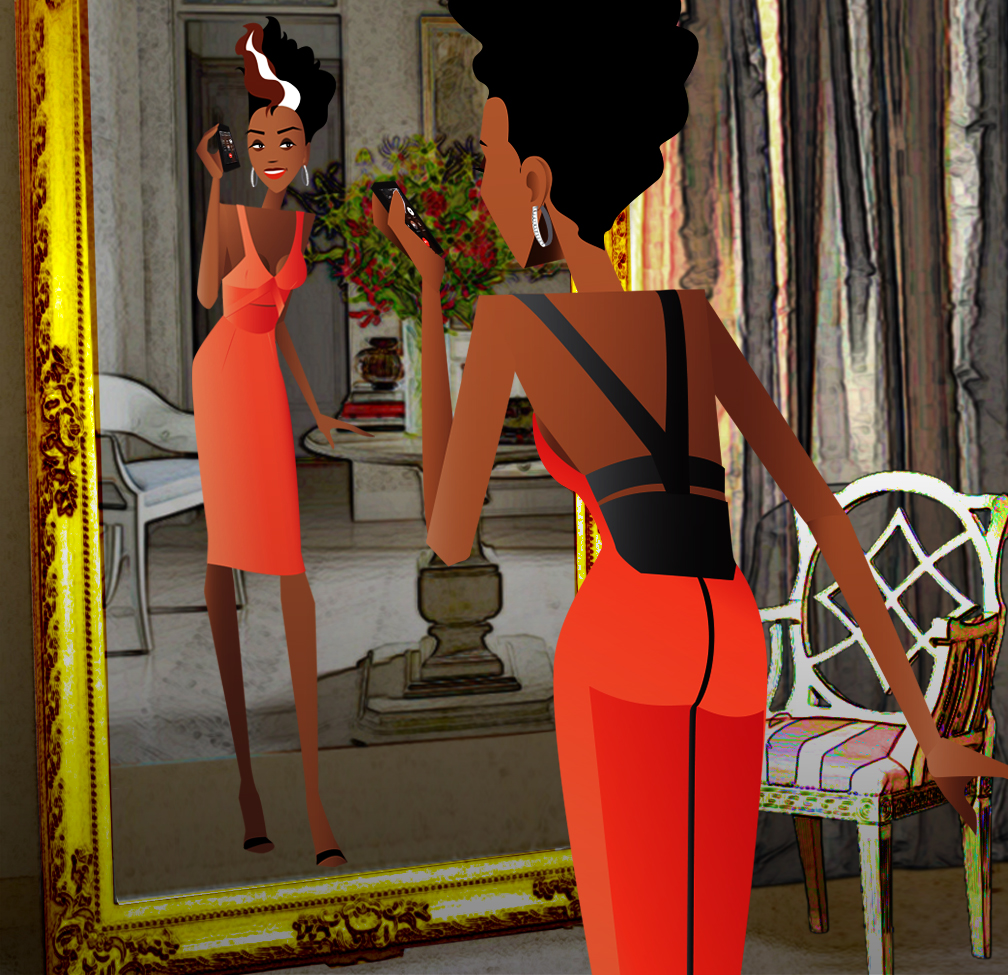 The next evening, I’m downtown at the agency dressing for dinner when Tom phones. He’s got a proposition. Hearing of my efforts to land a seat on the board of the Hoover Pressley Museum, he throws me a bone. My past, being extra-crispy and all, has made it impossible to get even an interview with them, but Tom’s got to have Lourdis in his show now and if I can deliver her, in exchange, he promises that he’ll get me a meeting at the museum. “Your tea is way deeper than mine, girlfriend,” he laughs, “and then there’s the Black thing. You would be the first. But your recent honors from NYU are too impressive to ignore. You get me Lourdis and I’ll get you in front of that board.” 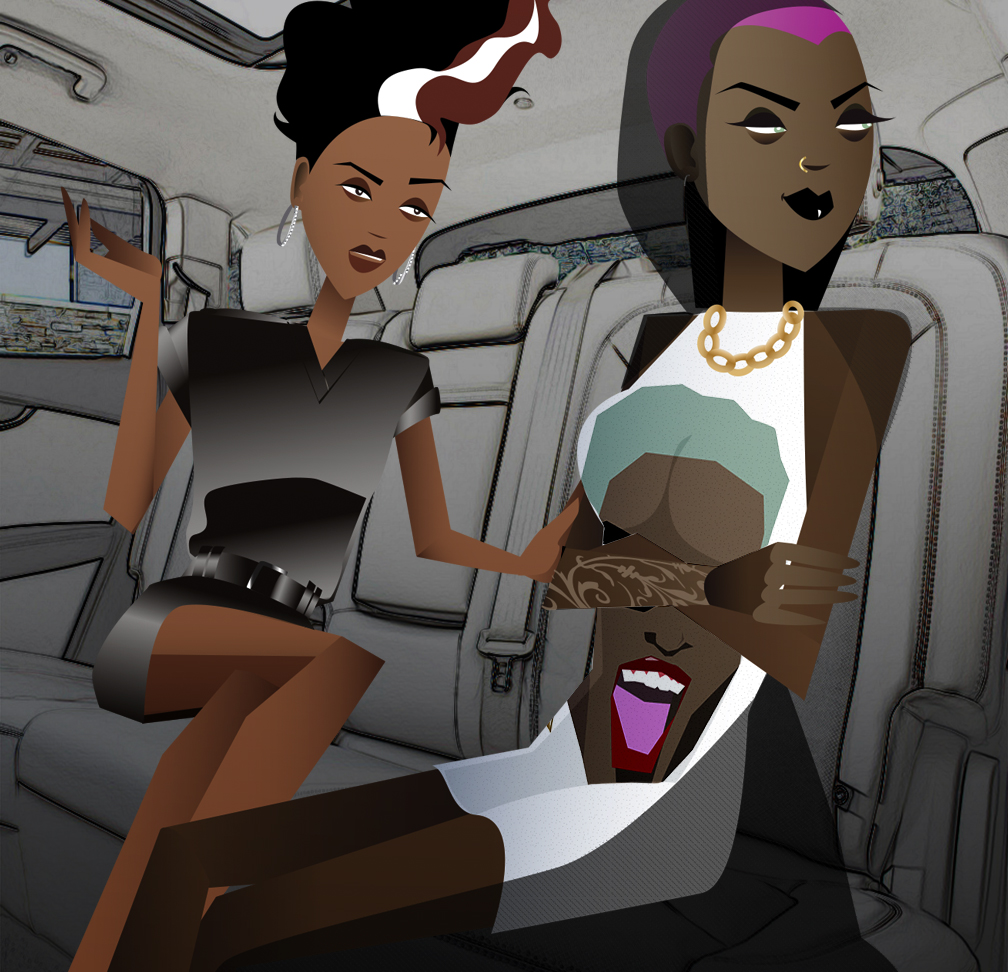 It’s New York Fashion Week Eve! Tom’s show is kicking things off tonight and I’ve got invites. My driver heads toward the Village and we pick up Lourdis. I’m practically on my knees in the backseat, begging her to do the show tonight. I even confess to the deal I made to get on the board of my beloved Hoover Pressley. She knows how hot I am for that. Everyone knows. But while she’s showing me the back of her head, in the window’s reflection, I see a tiny smirk on the heffa’s face. And It. Pisses. Me. Off. So I pull out my ace. I’ve never had to use it before. But she leaves me no choice. “If you don’t do this for me,” I say, “An angry little bird is going to tweet-tweet to Belle about you seducing her precious baby boy. How old was Courtney when you screwed him? Fifteen? Sixteen?” 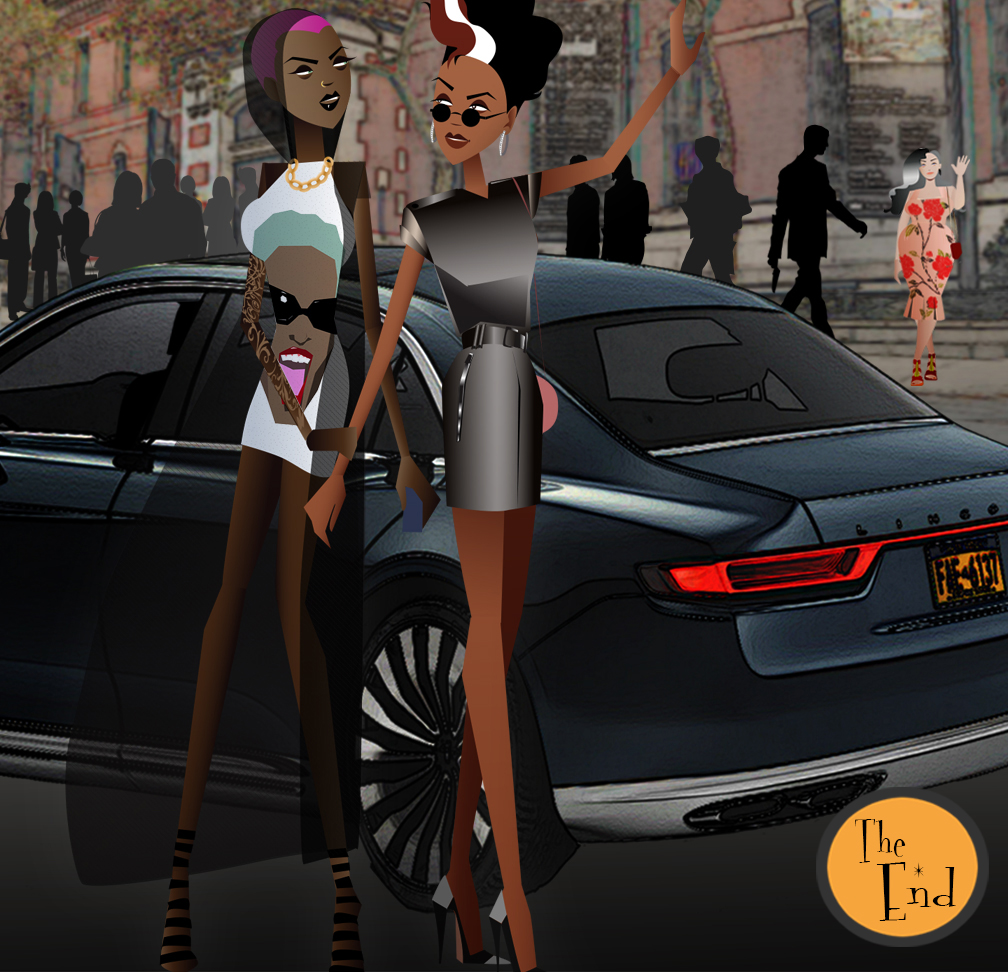 Lourdis flips me off. “He was seventeen,” she says. “And I don’t give a fuck if you tell his mama. That was three years ago so feel free to squeal.” But when we step out of the car in front of the Armory, there’s Belle, smiling and waving at us. Lourdis grabs my arm—
“You can’t tell her. Are you insane? She’ll hate me!”
I have to laugh. “You think??? But…if I were you, Miss Thing, I’d be more worried about that little pistol in her handbag. She might pull it out and shoot you. So…are we doing Tom’s show tonight or not?”
Lourdis sneers. “I guess we are, bitch!”

I guess we are.