I Can’t With Desi 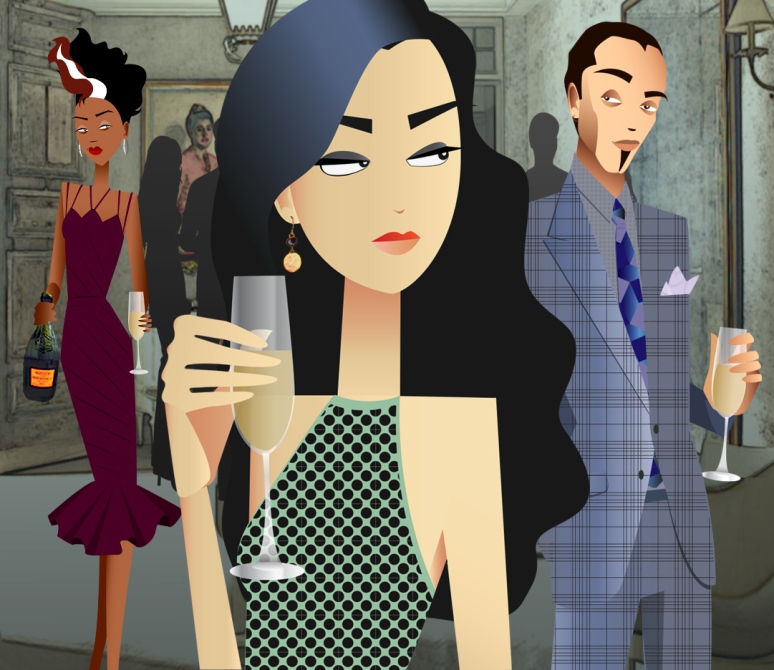 Desi shows up at the agency this afternoon just as the staff, Curtiss, Terri, Marc and I, are signing Nova. She’s Indonesian. A striking beauty. Almost six feet tall and as lean as a racehorse. Have I got plans for her! We pop the cork on a magnum of La Grande Dame 2006 and between the six of us, we kill it fast. But just look at Desi. He can’t tear his eyes away from Nova. I know how he gets about the exotic ones. But I’m floored when he invites her out for coffee. I smell trouble and insist on joining them, inviting Marc, my office manager, to come along, too. 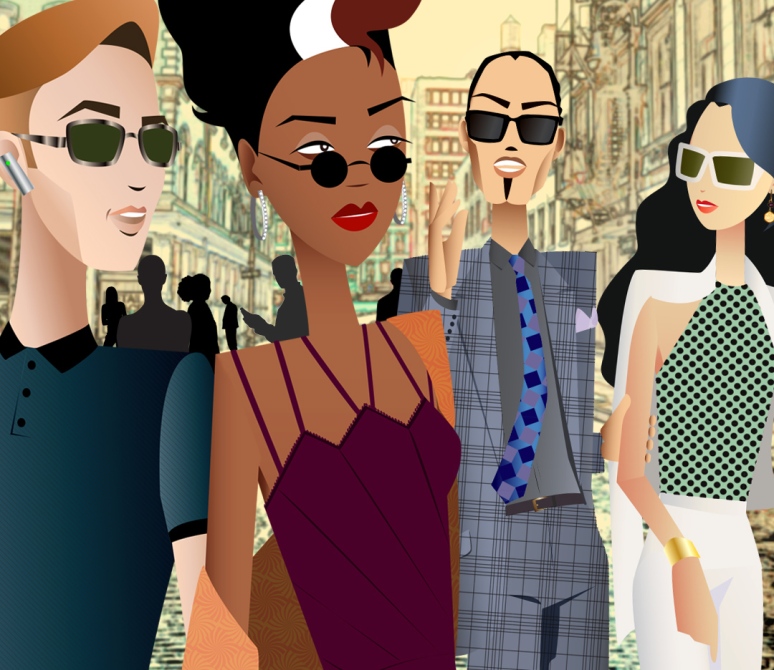 On the walk to La Colombe Coffee, Desi takes center stage. And Nova is digging him. Why wouldn’t she? He attended his quarterly Guggenheim board meeting earlier rocking Tom Ford. But this right here? It can’t happen. Desi does his thing and that’s strictly between him and Truman. Usually. But Nova is twenty, fresh off the boat and in my charge. Right now I need her fully focused on her career. Not flipped inside out by some middle-aged, switch-hitting cockhound just killing time. He’s being a shit to go after her like this and he knows it. What’s got his panties so twisted that he’d diddle around in my business like this? 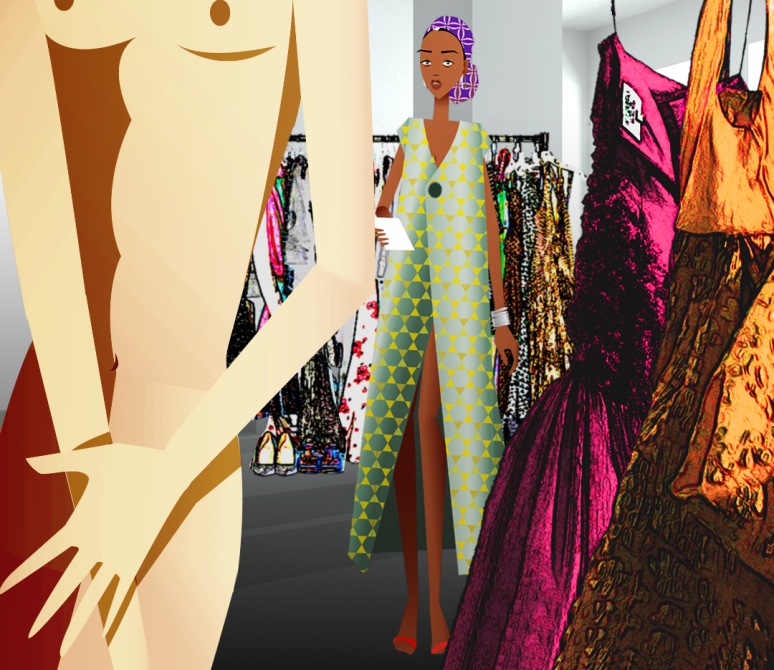 There’s no time to dwell on Desi, though. Fashion Week is just around the corner and I’ve decided to flex my muscle and make Nova the HOT NEW FACE on the runway this season. My team—photographer, hair, makeup and wardrobe stylist— is totally kick-ass and we carve out a full day in our schedules to shoot her. It’s Nova-day and Oh. My. God. You should see her. She photographs like a dream. But there’s something else. It’s in her eyes. Her smile. I can’t name it but it’s on full-blast and it’s working! I’m giddy as a groupie while skipping towards the dressing area to show her some of the cool shots we’ve taken. But when I step around the corner? My eyes almost spring right out of my head. Nova is standing there. She’s naked. And guess what? Nova is a boy. 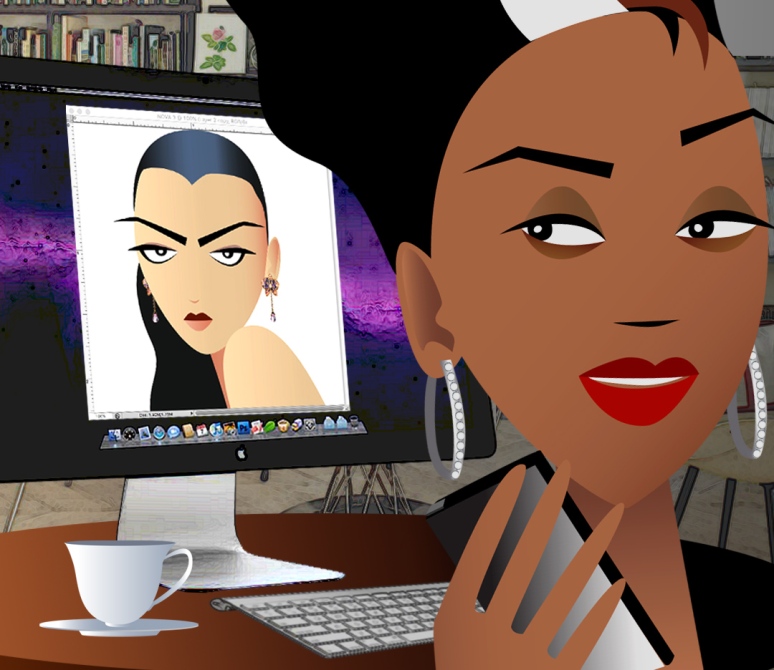 OMG. Nova’s big reveal sends us all into a tailspin! But her images are stunning and I can’t stop myself. Fuck caution. I post her shots online anyway. And right out the gate she blows up and goes viral! The WINONA, INC. Instagram site, our Facebook page, Twitter feed—everything’s lit! The phones haven’t stopped ringing with go-sees! Nova is making LOTS of noise. In the meantime, Desi and I are playing phone tag. I wonder if he’s discovered her little secret yet? Well. It wasn’t so little, from what I got a peek at the other day. Hee hee. Nova is packin’. 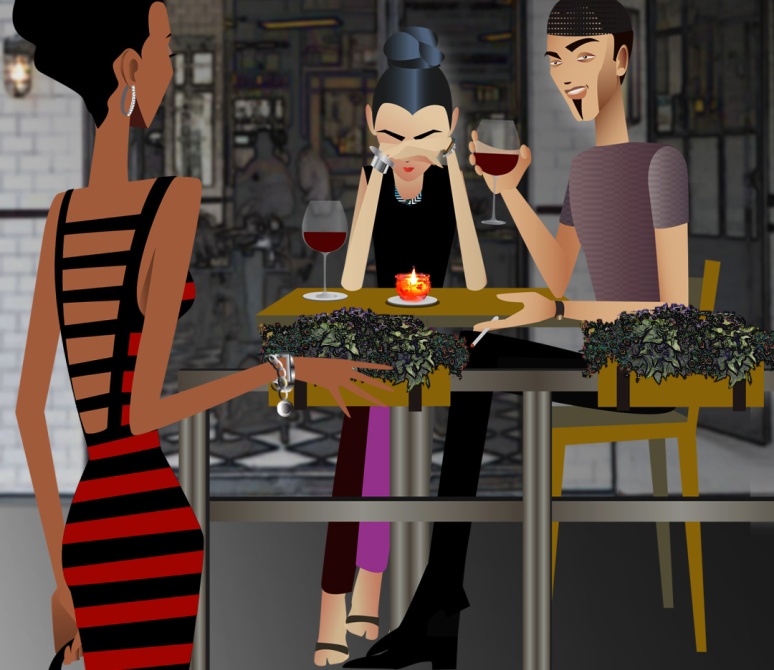 It’s New York Fashion Week-eve. The night before. From the backseat of the town car, I gaze out of the window as we inchity-inch up Sixth Avenue. And look. There’s Desi. He’s at Monte’s restaurant. With Nova. I look at my watch. It’s almost 10pm. I hop out and tell my driver to keep moving, I’ll catch up. Desi sees me walking towards them. He freezes. But my focus is on Nova. “What are you doing?” I ask her. “Why aren’t you at home getting yourself together for tomorrow?” Desi glares at me. “What’s your problem? She’ll be as gorgeous tomorrow as she is tonight. That’s how it works when you’re twenty.” Then his smile grows wicked. “You remember, don’t you?” 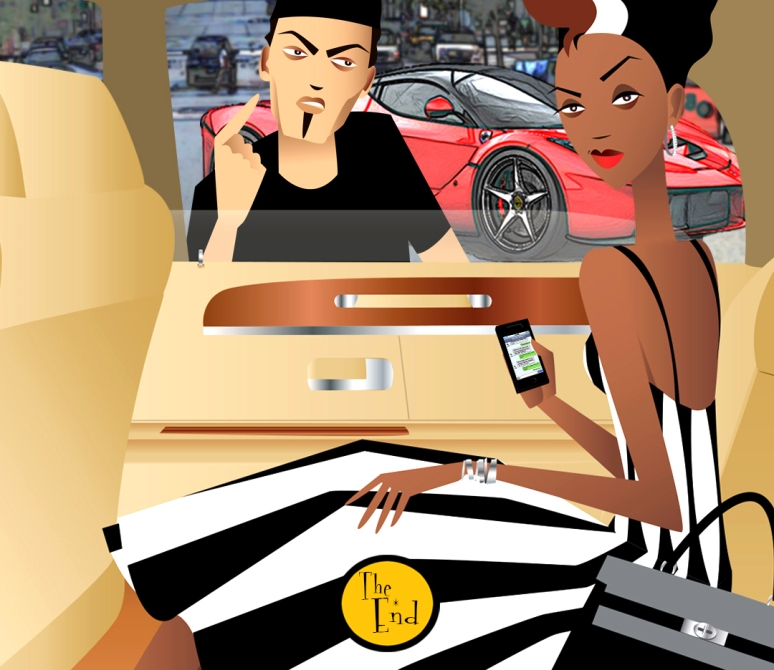 Thursday morning. 7am. It’s Day One of Fashion Week and I’m in the towncar waiting on Nova when suddenly, Desi’s red Ferrari roars up and blocks a lane of traffic in front of the hotel. He leaps out from the driver’s seat. I lower my window.
“Why didn’t you tell me?” he shouts. “Why didn’t you tell me that Nova is a man!”
I never stop scrolling through the messages on my phone. “What difference does it make to you?”
With an angry swoop, he reaches inside the car and knocks my phone away. “I don’t like getting a handful of cock when I reach between a woman’s legs! Okay??”
I smile and raise my window on him in triumph. He smacks the glass hard before jumping into his ride and pealing out like a maniac.

It’s not the first time this crazy Spaniard has snapped on me. And of course he’ll apologize when he realizes that none of it is my fault. But the son-of-a-bitch really hurt my feelings this time. And only a trip to Cartier‘s will make it better. Okay? SMOOCHES!